It’s a new year, and we have a new contributor to introduce!  Meet Jessica – she’s stolen our hearts with her DIY flair!  Take it away, Jessica…

Being a person that loves all things mason jars, burlap, and winter, this centerpiece has won my affection, and will become a centerpiece on my tables for winters to come. I normally adorn my tabletop with a holiday themed centerpiece which would have to be taken down and put away after December 26th. But this year, I challenged myself to come up with an idea that would long surpass the holiday season and bring me well into March. Therein lies the birth of this little gem. I must admit that this was the easiest DIY thing I have EVER done. I swear, I kid you not, this will take you five minutes and you will asked a million times exactly how you did it. I didn’t even have to leave my house to go to Target or the craft store. All these supplies were just lying around, begging me to use them. And so I did…and you can too!

Fill mason jar with Epsom Salt to the desired height. I filled mine about half way.

Place your votive candle in jar. I did not want my candle to just sit on top of the salt so I wiggled and wedged it into the salt. Be sure not to bury it too deep, you want the top of the glass candle holder to be above salt level.

If you haven’t already done so (I had, so I didn’t get any pictures), cut 2 small pieces from either a fake wreath, garland, or christmas tree. I used a wreath I had lying around and used a pair of wire cutters to snip two 2-in pieces.

Using the two pieces of cut evergreen, place them in the jar beside the candle. Make sure the candle, when lit, won’t singe these.

Cut a few strands of burlap string, long enough to tie a bow in them. I make my own burlap string by fraying burlap and saving those strings. You can also buy Burlap String from Amazon. I used about three or four pieces to tie around the top into a bow. 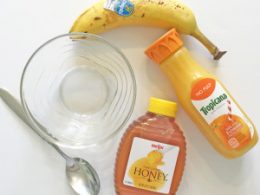 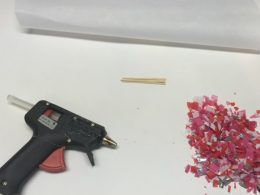