They say what is said always remains there.

Nippers. Strictly this word is not indigenous to the whale’s vocabulary. But as applied by whalemen, it becomes so. A whaleman’s nipper is a short firm strip of tendinous stuff cut from the tapering part of Leviathan’s tail: it averages an inch in thickness, and for the rest, is about the size of the iron part of a hoe. Edgewise moved along the oily deck, it operates like a leathern squilgee; and by nameless blandishments, as of magic, allures along with it all impurities.

But to learn all about these recondite matters, your best way is at once to descend into the blubber-room, and have a long talk with its inmates. This place has previously been mentioned as the receptacle for the blanket-pieces, when stript and hoisted from the whale. When the proper time arrives for cutting up its contents, this apartment is a scene of terror to all tyros, especially by night. On one side, lit by a dull lantern, a space has been left clear for the workmen. They generally go in pairs,—a pike-and-gaffman and a spade-man. The whaling-pike is similar to a frigate’s boarding-weapon of the same name. The gaff is something like a boat-hook. With his gaff, the gaffman hooks on to a sheet of blubber, and strives to hold it from slipping, as the ship pitches and lurches about. Meanwhile, the spade-man stands on the sheet itself, perpendicularly chopping it into the portable horse-pieces. This spade is sharp as hone can make it; the spademan’s feet are shoeless; the thing he stands on will sometimes irresistibly slide away from him, like a sledge. If he cuts off one of his own toes, or one of his assistants’, would you be very much astonished? Toes are scarce among veteran blubber-room men.

An Elegant Morning Routine for Brides 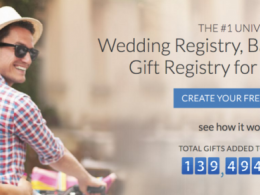